Melvil Dewey was an American educator and librarian who came up with a system for classifying books. Today, many libraries, including the Mercyhurst Prep Library, still use his system.  It's called the Dewey Decimal System. The Dewey Decimal System is really easy to use. You don't even need to be good at math! You'll need to know a little about Dewey's system to find books in our library.

The Dewey Decimal System is comprised of 10 classes. Each class represents a subject matter. The classes are designated by numbers in the hundreds.  For example, 100 indicates Philosophy; 200 is Religion; 300 are the Social Sciences (like Political Science); and 900 indicates History and Geography. Take a look at the image on the right to find out a little more about the ten classes.

Then, the classes are broken down even more into subclasses.  Take a look below at some of the subclasses. 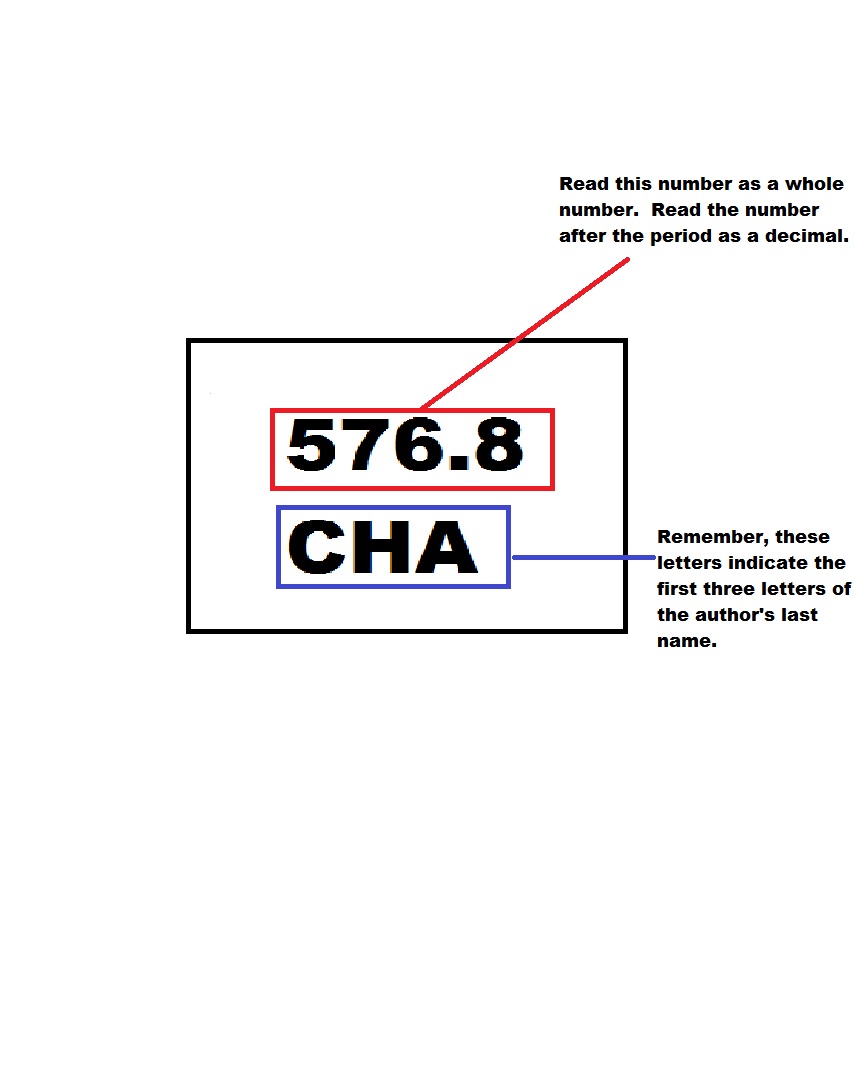 Once you've searched for a book in the MPS Library's online catalog, remember to jot down the call number that comes up. When you come to the library you'll need to use that call number to find your book.

Anatomy of a Call Number

A book's call number has been described as being like an address. It helps you locate the book in the library. You can find the call number on the spine of the book (usually at the bottom).  Below you'll see a picture of the call numbers of two books in the MPS Library. One book is a biography of British Prime Minister Winston Churchill and the other book is an examination of Nazism. Accordingly, the books are found in the history section (900).

There's just one more part, it's called the Cutter. In the case of the MPS Library, the three last letters of the class number indicate the first three letters of the author's name.  Below you'll see the cutters are "MAN," for "Manchester," and "EVA" for "Evans." 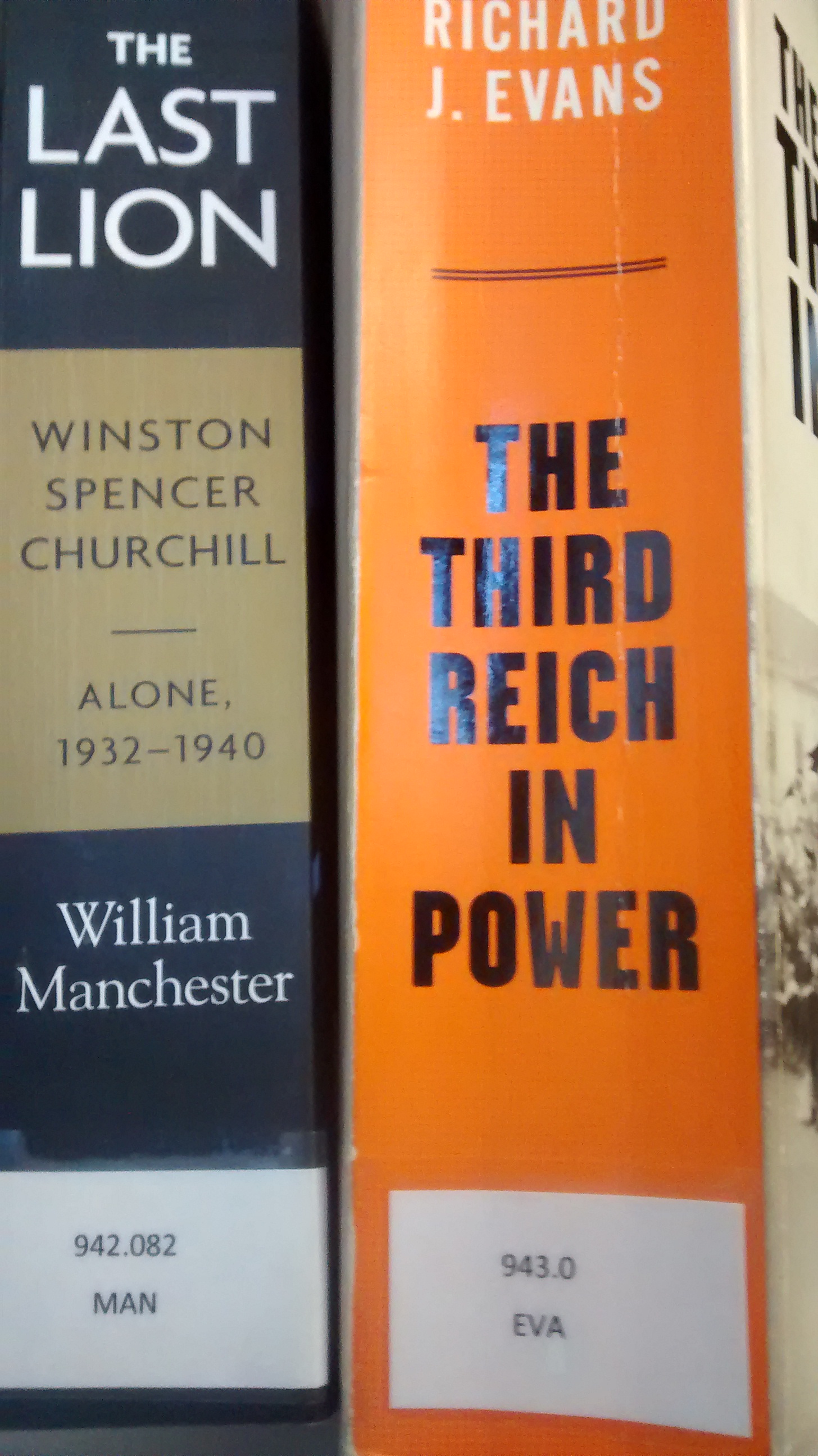 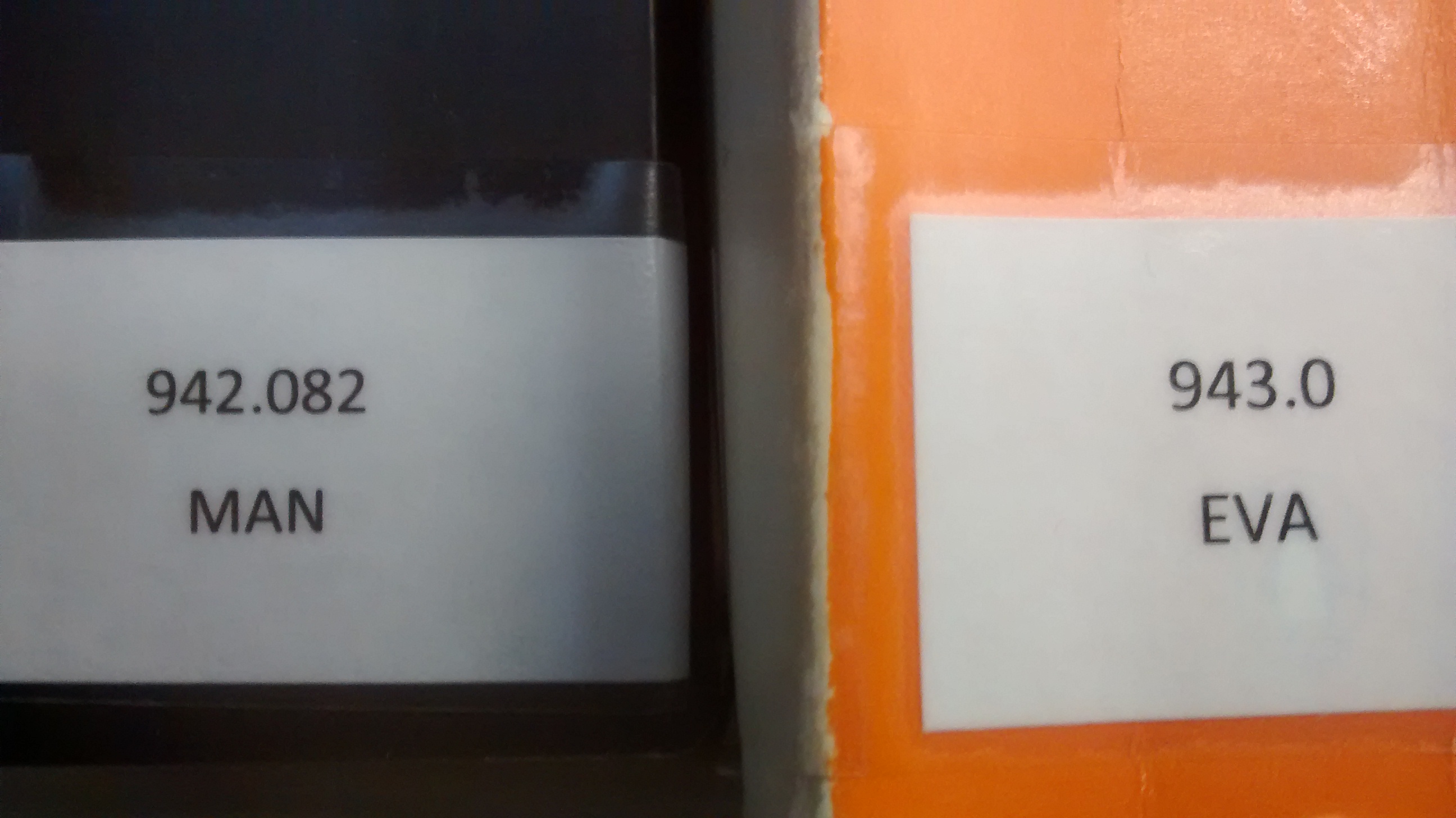 Fiction at the MPS Library

The Mercyhurst Prep Library has a growing collection of fiction books.  The call numbers for Fiction are a little different than the call numbers for other books in the library.  We made this change so that the books are actually easier to search, and so students can search the works of fiction by an author's last name.

The call numbers for Fiction books begin with FIC (for "Fiction"). The first three letters of the author's last name follow.  For example, we have A Farewell to Arms by Ernest Hemingway.  The call number, therefore, is FIC HEM.  Because we have many fiction books by the same author, the call numbers are sometimes a little longer and include a bit more detail to differentiate the book further.  Here's an example -- the call number of John Steinbeck's The Grapes of Wrath is FIC STE GRA.  This will help you search our collection of fiction material.  Enjoy!